I was browsing the airport gift shop in Orly a few years ago, trying to find something so that I could spend my remaining francs before returning home, and a man, obviously in a hurry, plopped down a case of cigarettes on the checkout counter. As the young woman behind the counter rang up the purchase, he reached into his pockets and dumped a pile of coins on the counter, and said (in English), “There must be enough here to pay for this. Just take out what you need.” The girl looked at him, obviously, not quite understanding. He had a pile of coins that were essentially worth pennies, and he expected her to count them up for him. As she tried to help him, and attempted to explain in very broken English that he didn’t have nearly enough to pay for the cigarettes, he became more and more angry. His English became more offensive (hopefully the young woman didn’t understand the meaning of all the words he was using), she became more flustered, and I tiptoed out of the store before she realized I, too, was American and thought we all acted like that.

We are twelve days away from our trip to Paris and Barcelona, so I’m reading up on the essential tips for travelers so that we don’t offend the lovely Parisians and Barcelonians while we’re there. The first time we visited Paris, I was horrified at the behavior of a few of my fellow Americans, so I’m determined to at least try to be polite and not offensive. As I’ve mentioned before, we have never felt that the French were “rude”. You just have to remember that we’re guests in their country, and we shouldn’t assume that they all speak English. Sure, there is a “big city attitude” in Paris, as there is in New York City, but you can’t take that personally, nor should you characterize an entire city or nation just based on the actions of a few. Even though my husband didn’t speak a word of French, and my knowledge of the language was limited to a couple of years of high school French, we memorized a few phrases that were like magic…When we used them, were were greeted with smiles and assistance, for the most part. Sure, some of the Parisians spoke excellent English, and some not so good, but by not assuming that they spoke at all, we were able to enjoy and appreciate one of our favorite cities in the world! 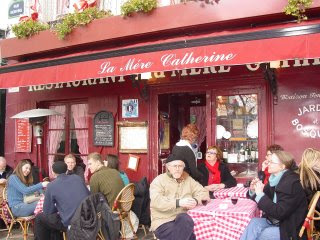 It’s kind of a chicken or egg situation…are the French rude because Americans are rude first?  Regardless, it helps to avoid a few behaviors that tend to annoy them.   I found a great website, Secrets of Paris, and found a great listing of some  “French No-No’s” that make you look like a rude foreigner. 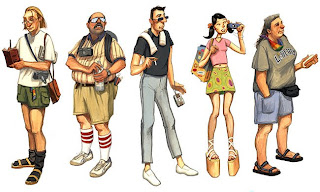 And the four basic phrases of etiquette are:

0 thoughts on “Don’t be a rude American in Paris”