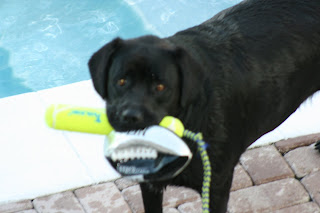 Well, we had been in the mountains for a few days…hiking, jogging, playing tennis,walking Rosie, and most importantly, PICKING UP H, and then drove down to Hilton Head for the week. We were looking so forward to it…I had found a really nice beachfront home that allowed dogs, so we were excited. The last time we were down there was the year before H went to camp, so it was seven years ago. We had good memories of running and biking on the beach, relaxing by the pool, and eating at great restaurants, so it seemed like a no-brainer…more fun. I don’t know if it’s because we’ve gotten older and more finicky, but it was really a let-down. The beaches are so crowded…J couldn’t even go on a good bike ride on the beach because of having to dodge all the people. The traffic is horrendous. Going 5 miles takes 30 minutes. It’s so hot this time of year that going to the beach is just not relaxing at all. We’d rather be in the mountains! Woke up Friday morning (we were supposed to leave on Saturday) and it was raining, so we decided to go home a day early.