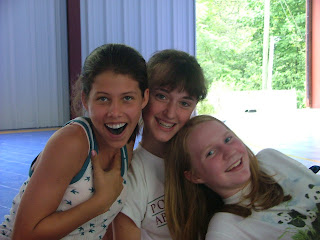 We’re leaving in the morning to pick up our girl from camp. She’s been gone almost four weeks and I am finding it hard to concentrate on anything else. Is that bad? She’s almost 14 and I know she loves camp, loves the independence and being with her girlfriends, so that is all good. I just personally have such a hard time when she’s not around. If I could at least talk to her on the phone and hear her voice I think it would be much easier. There should be a support group for parents of only children when their kids are away for an extended time. When she’s here I am not only J’s wife, but I’m also H’s Mom, which is the most consuming, and most rewarding job I’ve ever had. It’s like I have to be at work with nothing to do!