Having a birthday two weeks from Christmas means that very rarely do you get a day that’s all about you.  Now that I’m an adult, I even have a hard time taking the time away from the hustle and bustle to stop and celebrate.  It’s not easy for my family members, either, I imagine.  In addition to figuring out a Christmas present, they also have to figure out something for my birthday.  So inevitably I get the Birthday/Christmas present.  Which I totally understand now…as a kid, not so much.

Sunday was a big birthday for me.  As in five decades of big. It is actually not that big of a deal, but everyone else wants to make it a big deal.  I mean, I already had my 50 year old physical, mammogram, and teeth cleaning.  I felt like I was there already, and I’m feeling pretty good.  But last week was jam-packed…with Christmas shopping, wrapping, making Apple Jelly, Pear/Apple Preserves, Strawberry and Blueberry Jam.  I was so glad to be able to go to dinner Saturday night with 8 of our best friends for a really fun night of good food, good wine, and laughter.  I went to bed with a smile on my face. 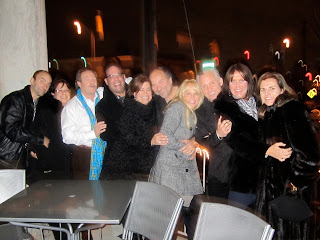 The next day (my actual birthday), J gave me a card with two tickets to the Train Concert at the Jingle Ball in Tampa!  I’ve written about Train before…I’m embarrassed to say I think I’m a groupie.  I love their songs…all of them.  The ones before they broke up and came back to record their latest album, “Save me, San Francisco”, and the ones that no one has ever heard of.  But I love their new stuff, too.  J said that when he walked in on me watching the CMT Crossroads show featuring Train and Martina McBride, and I was crying…(I have no idea why I cried-they just move me that way), that he knew he had to do it.

I was over the top excited…and after a quick tearing through my closet to figure out what to wear, I was ready to go to the airport, when four of our best friends walked in the front door.  They were going with us!  It was a perfect day, other than the rain and snow that we were beginning to get, which had been forecast for days, and which had kept my fearful flyer husband awake for the past week.  But we took off with no problems, and the landing in Tampa was smooth as silk.  A car picked us up and whisked us to the arena, where we were early, so we stopped in at the hotel next door for a drink and to freshen up a little.  I was on my way to the ladies room, when out of the corner of my eye I spotted the back of a bald head at the bar.  He was next to a column, so I couldn’t really see his face, but I was convinced it was Jimmy Stafford, lead guitarist extraordinaire for Train.  I ran back to J, breathlessly telling him Jimmy was at the bar.  He said, “No way,” and promptly walked over and tapped him on the shoulder.  He turned around (with a smile, luckily), and sure enough, it was him!  I normally speak in nonsense when I meet a celebrity, especially one I admire as much as Jimmy,  but for some reason when J introduced himself and pulled me over to tell him it was my birthday, I actually put together a couple of sentences that made sense!  Jimmy was very sweet, and spoke with us for a few minutes.  He told us he bought a home in Brentwood, so that his 10-year-old daughter could go to school here. He also said, after finding out we flew down for the show,  “You know we’re only doing four songs?”  Oops. 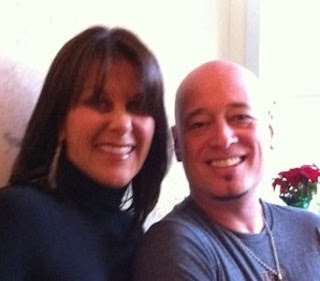 The show was a radio show…put on by a local station, and there were seven bands.  Ready Set, Mike Posner, Bruno Mars, Train, B.o.B., Enrique Englasias, and Maroon 5.  I guess I realized they would do a shorter set, but FOUR songs?  But you know what, it didn’t matter.  I met Jimmy, and I was with my friends and my sweet husband, and it was a magical night.  What I didn’t know was we had tickets to a pre-show…an acoustical set by Train.  They played three songs there, and ended up doing five songs in the show.  We got herded through the meet and greet line, and got our picture taken with the band and a bunch of girls I didn’t know, but I ran over next to Pat.  He looked at my skirt and said, “That skirt’s pretty hot.”  (swoon).  Of course, I was tongue tied and didn’t even say thanks.  Just smiled and leaned in for the shot.  We had floor seats, and I decided to sit on the end so I could stand up and dance, which ended up being a good decision.  When they did “Marry Me” (which they also did in the acoustic set and during both performances someone got engaged..), Pat left the stage and walked around the audience.  He walked right by me!  I could see the glistening sweat and the guy-liner on his eyes, and he is just as handsome up close as he is onstage.  I could have touched him, like everyone else was doing, but I was frozen in place.  Afterwards I was mad that I didn’t even take a photo. 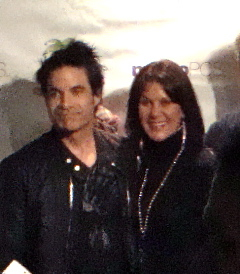 It’s now a week later, and I’m still walking around on air.  The fact that J did something so generous and loving and outside his comfort zone (flying in bad weather), is something I will NEVER EVER forget.  Even if they only did one song, it would have been great.  I am the luckiest girl in the world (do I have to call myself a woman now that I’m 50?).  J and I are like yin and yang…we just fit together.  We’re definitely not the same in many ways…but I think that’s just the “whatever”…Pat said it first in these lyrics from “If it’s Love”…

But I’m afraid when I hear stories about a husband and wife
There’s no happy endings, no Henry Lee
But you are the greatest thing about me

So to my sweet husband…I love you.   I’m looking forward to spending my forevers with you.  And thank you. 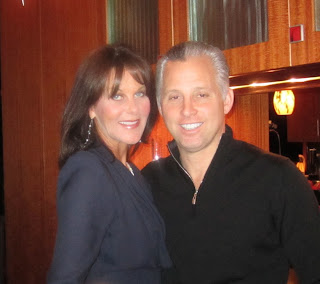