Woke up to rain this morning…blessed cool rain.  I had forgotten how much I love rainy mornings when I don’t have to be anywhere.  In a few hours, the madness of Thanksgiving week begins, but for now, I can relax with my coffee and my crossword puzzle while my dogs sleep on the floor next to me.

Thanksgiving is a great holiday…maybe my favorite.  It involves eating, family, time off from school and work, the weather is not freezing or sticky hot, and best of all, you don’t have to buy gifts!  We’re fortunate enough to spend the holiday with my parents and my husband’s parents, a tradition we started about 4 years ago.  We started our marriage with the compromise, Thanksgiving at his parent’s, and Christmas at mine.  That seemed fair, given that my mother lives for Christmas, and his mom, being Jewish, felt the same way about Thanksgiving.  It worked out great the first couple of years, even though my mom’s birthday always falls during Thanksgiving, so I had to miss that.

Then my daughter was born in September, 1993.  Our first Christmas with her was at my parent’s new home, and we had just finished opening presents with my brother and his family when we received our “Merry Christmas” phone call from my mother-in-law.  Her joyful holiday wishes soon morphed into a sobbing moment, when she said, “I can’t believe I’m missing it!”  So, from that moment on, they would travel to Nashville to celebrate with us.  It became a wonderful tradition…Christmas Eve Dinner with my parents, and my husband’s parents and their respective spouses, Christmas Eve Services at church (my favorite holiday tradition is having my jewish in-laws at church with me!), and Christmas morning at my moms.  It took us 16 years to convince my parents to come to Thanksgiving with us, but it’s been great.

Yes, I am thankful for family.  Having a loving family, in relatively good health at this point in my life, is something I never take for granted.

Other things I don’t take for granted…A daughter who is everything I wish I had been at her age…and more, and a husband who is my best friend, and who makes me feel like I’m the queen of the world.  I’m thankful for a lot of things.

But this morning it occurred to me that there are a lot of things I am NOT thankful for.

I’m not thankful that there are terrorists in our world who have given our government a reason to take such precautions for our safety that our country has been focused for days on the stupid body scan/pat down controversy.  You know what?  As soon as someone hides an explosive on their person that is not found by our security and blows up an airplane or God forbid, another high rise building, people will be re-thinking their opposition to all of this.  What part of “It’s for our SAFETY” do people not get?  Geez.  If they have some body part that every other human being doesn’t have, and they don’t want anyone to see it, then don’t &*(*& fly!!

I’m not thankful that Kate and Jon Gosselin are still celebrities, in some way, instead of in jail for bad parenting.


I’m not thankful that my daughter has so much homework over Thanksgiving break that we have to take another suitcase to hold her books…I weighed them…55 pounds!!

I’m not thankful that a woman in Pakistan has been jailed for a year and a half, awaiting execution for talking about her religion.

I’m not thankful that one of my dearest friends and her husband have been fighting cancer for the last few years.

I’m not thankful that Nashville doesn’t have more options for buying humanely produced meat.  And I’m not thankful that a handful of companies have taken over the production of the vast majority of our food, putting smaller companies out of business and producing inferior food that makes us sicker and fatter.

BUT, I am still more thankful than not.  Thankful that I live in America, thankful that I have my health and my family, and the ability to to just about whatever I decide to do…including putting my thoughts into words.   I’m thankful for the opportunities that my daughter will have as she graduates from High School in a year and a half.  I’m thankful that I can spend time in the mountains, a place where I feel peaceful and closer to God.  I’m thankful that my body hasn’t given out yet, and I can still run and bike and swim.

So, when I start to feel all negative and pissy about the things that make my blood boil, I just remember that the good outweights the bad.

What are you thankful for? 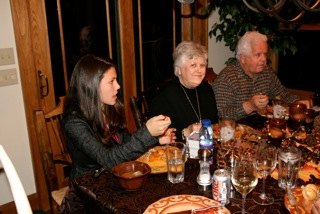 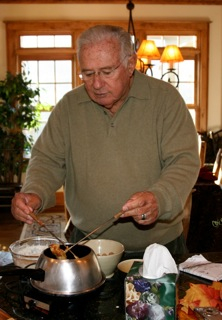 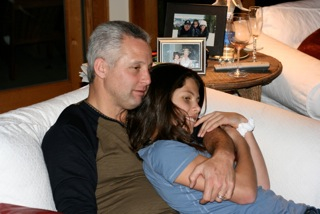 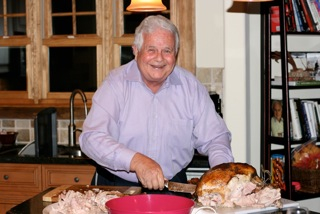 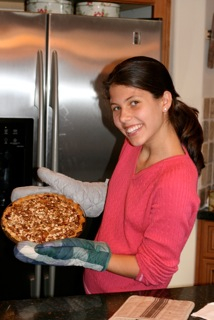