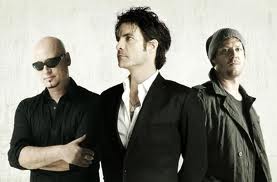 Well, my obsession with Facebook has finally paid off!  Last week, I was just checking on my account and Train’s post showed up on my mini-feed.  They were coming to Nashville to tape a CMT Crossroads show with Martina McBride, and had 10 sets of tickets to give away.  All you had to do was comment on the post.  So I did two things that I never do…enter contests (because I NEVER win), and comment on a public figure’s post (because I’m afraid I’ll get zillions of notifications of other posts after mine.  I just told them that we had tickets to see them in Birmingham last April, the first day of the Nashville Flood, and literally couldn’t get out of Nashville because I-65 was covered with water, and how winning those tickets would be a great consolation prize.  I learned two things…1.  I didn’t get notifications about the zillions of other comments on the post and 2.  Mentioning the Nashville Flood got the sympathy vote, I guess, because we won! 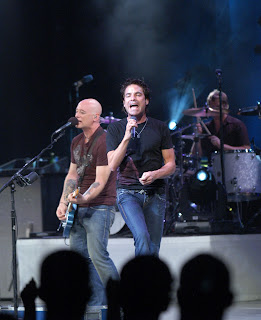 I had a bit of a dilemma, because H is a huge fan, and I would have loved for her to go see them, but I didn’t want to give up my seat.  I mean, I do sacrifice a lot of things for my daughter, but come on-it’s TRAIN!  I get goosebumps just seeing and hearing Pat Monahan sing.  He sings with everything he has, and it shows.  The lyrics of his songs are absolutely beautiful…not just the overplayed big commercial hits, but the obscure songs that no one knows.

And tell me, did Venus blow your mind?
Was it everything you wanted to find?
And then you missed me
While you were looking for yourself out there” 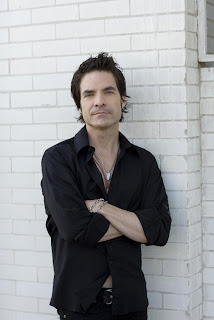 Needless to say, I get lost in the music and the words and Pat Monahan’s voice whenever I see them.  J offered to let me take H instead of him, but she gracefully bowed out so it’s going to be a date night for us.  I don’t know Martina’s music, but I heard her sing with Reba McEntire at a Diva fundraiser for Oasis one year, and she’s got a mighty powerful voice for a little bitty thing, so it should be a great show.  I have no idea what to expect,  how many songs they will sing, if we get to sit down (it’s at Rocketown, which doesn’t usually have seating for concerts), but I’ll keep you posted.

0 thoughts on “Going to the Show!”