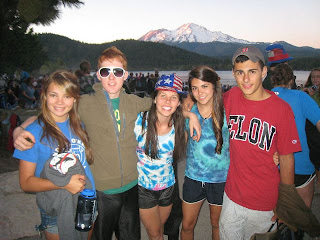 We’re back in lake Toxaway. Picked up H from the airport last week from her 25 day backpacking trip in California. This summer she decided that instead of going back to her all-girls summer camp, she was ready to try something different. She did an adventure treks trip, which was definitely different than anything she’d ever done before. She was in a group of 24 kids, boys and girls, and they did several 4-6 day backpacking trips, on mountains and the lost coast of Oregon, went mountain biking, rock climbing, rafting, and climbed to the summit of Mt. Shasta, which was 14,162 feet, then glissaded downhill! 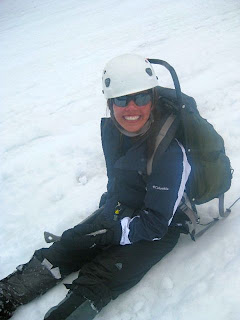 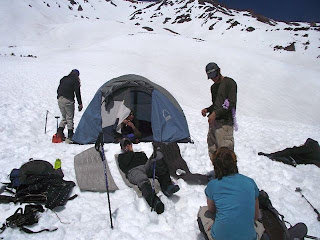 I think they took a grand total of 2-3 showers…but she absolutely loved it! She not only pushed herself physically farther than she had ever gone before, she had a life changing experience with these kids.

The re-entry to normal family life has been difficult. The group she was with bonded like they’d known each other their whole lives. I think Adventure Treks does a fabulous job building community. They were from different parts of the world…and in a normal setting, probably very few of them would have naturally become friends, but the experience in the back country brought them together. 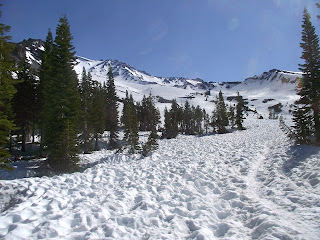 When J and I picked her up from the airport, I went to baggage claim to meet her. I pulled her bag off, and waited for her to get there. And waited. And waited. Finally, after the baggage carousel stopped moving and almost everyone had taken their bags and left, this dirty, beautiful, sobbing girl walked over to me. Her eyes were swollen, her face was so dirty there were tear tracks etched in what looked like mud going down her cheeks, and she was crying so hard it took a few minutes for her to get control and tell me she had just walked four of her friends to their connecting gates to say goodbye.

She’s never been so thankful for facebook and video chatting. They’re already planning next year’s trip. She never made this strong a connection with her friends from summer camp, even though she loved those girls, too. I think going through something so physically and emotionally challenging provides a deep connection that is hard to duplicate. She learned so much, about herself, about nature, about being a team and building community. She hasn’t shared a lot of details with us. I think she will, eventually, but only a little bit. I think she wants to keep this experience to herself…and her new friends…which is a good thing. She’s been taking baby steps to independence and growth over the last few years, but this was a giant step. By not sharing every little bit with us, she’s becoming more of her own person.

I’m not going to lie. As her mom, it’s hard. On one hand, I love when she shares things with me. But on the other hand, I am so proud of her. As I see her gradually becoming her own person, with her own thoughts, beliefs, goals and dreams, I am filled with awe at the miracle of watching her grow.