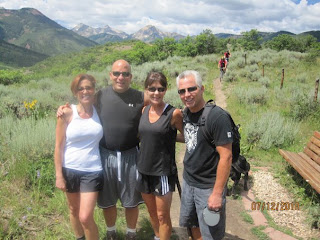 Just got back from a week in Snowmass and Aspen, Colorado. I had to drag my husband, kicking and screaming, away from Lake Toxaway for our little visit to the mountains out west. If he had his way, we’d park it there and never leave. Don’t get me wrong, I love it in North Carolina. I love it so much I’ve agreed to build our “retirement” home there. We actually broke ground on it last week. If all goes as planned, we’ll finish building it when H graduates from high school, and we will move our “home base” to the Blue Ridge Mountains.

But I’ve wanted to spend time in Colorado ever since I first visited in high school. The mountains, the crystal clean air, the activities both winter and summer, and the whole vibe…I just love it. There was a 75 year old man in line behind me at the grocery store in Snowmass, talking about his mountain bike race that weekend and his triathlon the next weekend. I wanted to be him. Being active and outdoors in Colorado is the norm, not the exception. I could definitely be comfortable there. But the extremes of weather make it difficult to live there year round, so we plan on spending a few weeks there in summer and winter, hopefully.

We met our goods friends from Dallas…T and P. They are so much fun and we love them so much, it was a really great week. We hiked, swam, did yoga, ate great meals and drank great wine. Our two hikes were incredible. The first day we did the Rim Trail in Snowmass…which ended up being 8.5 miles, but had incredible views, and enough flats to let us recover from the uphills. 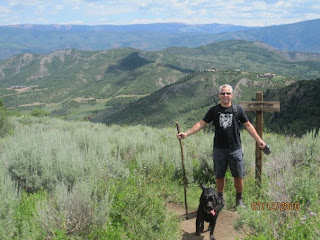 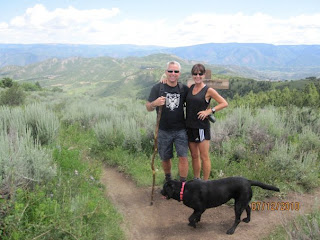 After recovering from that one, we did the 6 mile round trip to Cathedral Lake…from 9,400 feet to almost 12,000 feet altitude. The altitude definitely did a number on us, but we made it, and it was spectacular. 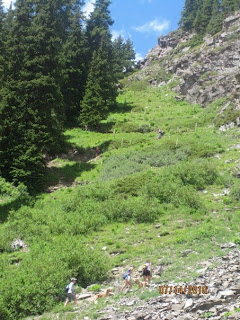 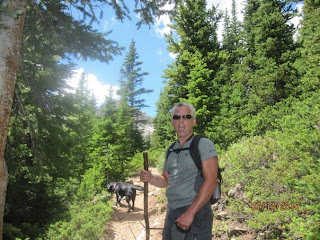 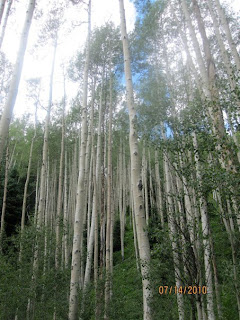 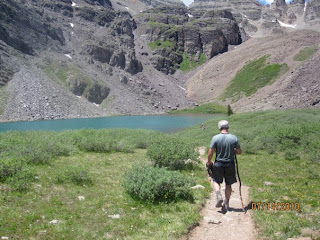 After T and P left, J and I decided to do the bike ride we’d been looking forward to all week. We drove up to Snowmass Village and bought bikes, helmets and gloves, so we can store them here and won’t have to mess around with renting every time. We took off and made it about 200 feet to a parking lot with speed bumps. NOTE TO SELF: DON’T BRAKE HARD WHEN GOING OVER A SPEED BUMP!! 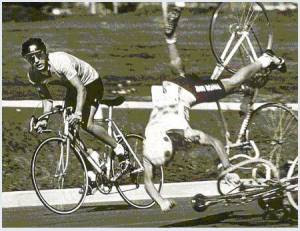 My bike stopped hard, but I didn’t. I flew over the handlebars, and my bike stopped, upside down, looking like I was getting ready to change a flat. J heard me fall, but no one saw it. (That I know of). Even though I feel SO stupid, I think it must have been hilarious and wish I had a picture. Since I don’t, here’s a few bike crash photos, so you can use your imagination.

Anyway, I survived, but my arm is broken. Bummer.