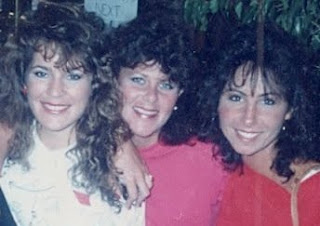 Once upon a time, twenty-eight years ago, I was a Junior at the University of Tennessee, and my boyfriend at the time introduced me to two girls, CH and CR. They’re going to kill me for posting this lovely 80’s photo of them, but unfortunately, this is how we ALL looked back then!

He thought we would get along, and that it would be fun to double date with their boyfriends, who were HIS friends. Today, boyfriend is long gone, but the friendship I have with those girls has blossomed into a beautiful relationship that continues to multiply and enrich my life. Not only are they like my extended family, but as the years have gone by, the seeds of that friendship have produced many more friends…brought into the circle at different times, but are as deep rooted as the original three. Some have come and gone…but there is a core group that is closer now than ever before. 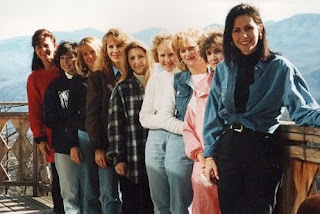 Through the years we have taken many trips together, celebrated countless birthdays, (especially the milestone 30 and 40th!), 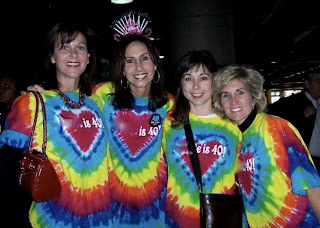 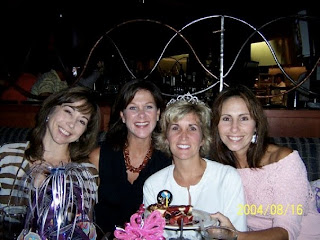 been bridesmaids in each other’s weddings, 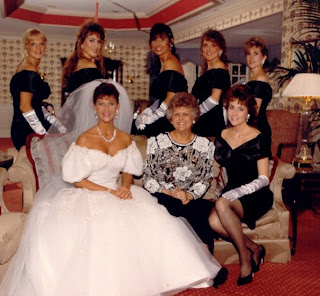 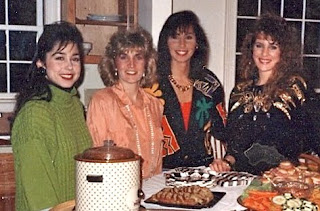 attended funerals, prayed and held hands through chemotherapy, and we treasure each other like rare diamonds. We don’t see each other nearly as often as we did before families, jobs, and life stepped in, but we do carve out a few times a year to get together for birthdays, graduations or whatever reason we can think of for a girl’s night out. But we also try to take a trip once or twice a year.

Trips are difficult to plan…everyone has such varied commitments. Our children are all different ages, so they’re at different stages in their lives, and have their own busy schedules, our spouses have to be open to stepping in while we’re gone, and our jobs and volunteer commitments have to have openings, and all this has to happen on the same weekend. Luckily, for the last almost 30 years, we have been able carve out a long weekend for some much needed bonding, silliness and girl-talk. CR has a house in Sandestin, so for several years we’ve gone down there for the beach, but for the last 2 1/2 years I’ve talked them into coming to North Carolina, my version of heaven. The first trip, only five of us made the long, 6 hour drive. But after seeing the photos, last year we had seven. It was off-season, so there was no boating, no fishing, no golf, no swimming, but we had an incredible weekend. With a little excitement at the end. 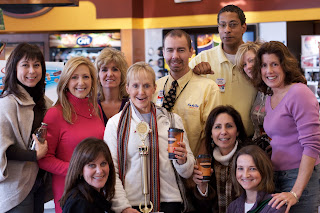 This year, we had ten girls. I warned everyone that we had three bedrooms, so some people would have to sleep on the floor. In our 20’s, that wasn’t a big deal. Heck, spring break in Ft. Lauderdale we had 12 girls in one hotel room! We’re a little creakier now that we’re nearing the big 5-0, but no one minded. We had a lottery for bed space, and no one complained about having to sleep on the pull-out sofa. (Well, not much, anyway). 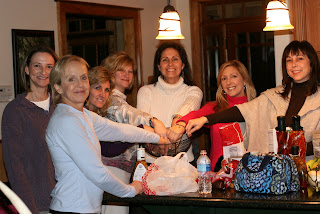 Again, it was off-season, there was one restaurant open in the area, so we brought groceries and made chili, vegetable soup, and chicken tortilla soup and just hibernated in the house, other than a couple of breathtaking hikes.

We knew snow had been forecast. But we’re from Nashville, where they predict 7 inches and get 1/2 inch, and they still close schools. Plus, the temps had been in the 50’s even Friday morning, the day the snow started. We had driven to Gorges State Park to hike the Rainbow Falls trail…a 3 mile round trip to a breathtaking waterfall. The trailhead is deep within the park, and we were the only cars there. We made it to the falls, many photo opps along the way, and about 1/2 mile before we were out of the trail, the snow began to fall. 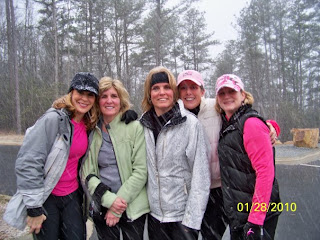 Almost immediately it was pouring snow. It was a very wet snow. Almost rain-like. We weren’t worried. The temps had been so warm surely the roads were fine. So we piled into the two cars…one a four wheel drive, and one was CR’s big suburban-like truck with rear wheel drive. The snow was coming down so fast the road out looked confusing. We took a wrong turn. Then on the undulating hills, our tires started spinning. We all got really quiet. CR’s jaw got tight, her hands squeezing the steering wheel so hard they turned pale white. KE started praying, and the four wheel drive vehicle slid off the road. Somehow, we made it out of the park. The main roads were clearer, because they had been brined the day before. But we left CR’s car at the convenience store where we had parked our other two 4 wheel drives. We barely made it back to the house. We decided to leave one car at the bottom of the street (my house is on a huge hill), and shuttle everyone up to the house. I drove the first group up, dropped them off, then as I went back down to pick up the others, my car slide all the way down. So we parked them both at the bottom. In retrospect, that’s probably why we were able to get home on Sunday. 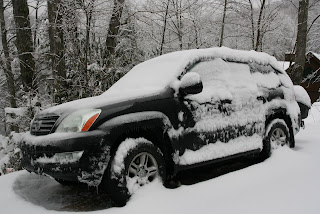 The snowstorm kept us inside, and our planned evening at the Brown Trout for dinner never happened, but it was probably one of our best trips ever. We watched movies, played games, drank really good wine, and hiked in the most beautiful winter wonderland I have ever seen in my life. 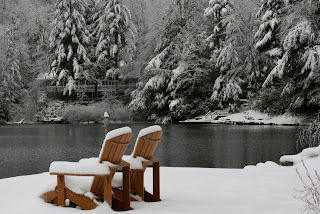 Our friends from Cashiers drove in to see us on Saturday night and got snowed in, so we did have people who slept on the floor, but it was an incredible weekend. It was not without drama…you can’t get 12 girls together in close quarters without having some drama, but it was all good.

I am so blessed to have these friends in my life. I know that finding close friends as an adult is not easy. Life changes such as having babies, starting new jobs, getting married, moving, etc. make it difficult to make new ties, or fray those we already have. This group of women has done all those things, and through them, we have continued to make our friendship something that is important to us. We’re fortunate that our spouses support our friendship. I could write another post about how my dear husband has come to appreciate my bonds with these girls, when at first, he was a little threatened by them. I know we will have many more life changes in the years to come, but I hope that we will always have this connection, and that we will always find time to get together to re-charge. 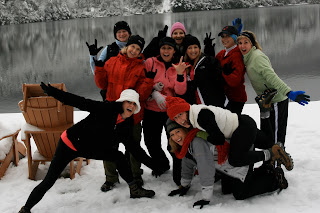