This had to be one of the all time greatest weekends in awhile.

Friday night, H had a friend over after school, and then they decided at the last minute to attend the mixer at their “brother” school, so J and I had time for a quick dinner out, which we haven’t had, just the two of us in a long time. H had fun, no drama, so the evening was good.

Saturday morning I got up early to go run a 5K followed by a 10K, in the cold (35 degree) rain. Doesn’t sound great, but the fact that I finished both of them (9.3 miles) and could still walk was a huge thing. I’ve been battling plantar fasciitis for several months, and haven’t really done a run longer than 7 miles in a very long time, so it was good. The course was in Percy Warner Park, very hilly, so no PR, but I did run the whole thing. 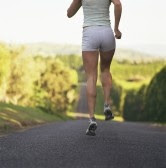 Then Saturday afternoon, H and I baked cookies and watched “Titanic”. We haven’t baked together since she was a little girl, much less had the time to watch a complete movie from beginning to end. 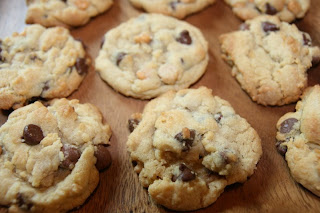 Saturday night, she had plans with her “boyfriend” and some other friends. (I wonder when I’ll stop putting quotation marks around “boyfriend”?) We were getting ready, because J and I decided to go have a drink and listen to Jazz before picking up dinner and taking it home to meet four of OUR friends at the house. I got a phone call from J. Alexander’s…a local restaurant down the road. The manager was calling to tell me HE HAD MY WALLET!!!!!

I lost that wallet four weeks ago! I had just bought that wallet, and I loved it. It was one of the VERY few times I had cash with me…I had just cashed a check for $500, and it was all in the wallet, along with the usual things, credit cards, driver’s license, insurance cards, library cards, and even a couple of unredeemed gift certificates. I had called all over town, even out of town, trying to re-trace my steps to find it. Cancelled the credit cards, got new ones, new driver’s license, etc., but every once in awhile I’d remember that it was lost, and get the weirdest sense of invasion of privacy. It’s a horrible feeling. I kept trying to tell myself that whoever found it really needed the cash. 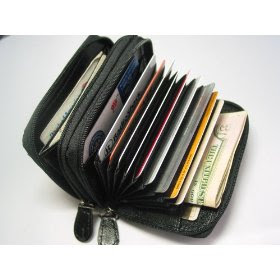 Anyway, I raced over to the restaurant to get it, and EVERYTHING was in it! All the cash, credit cards (cancelled already), gift certificates, grocery cards…everything.

I still can’t get over that it was returned to me. They could have taken the cash and I would never have known. There are still good people in this world. I have no idea why it took them four weeks to call me, because my phone is listed in the phone book, but I really don’t care.

Anyway, J and I went to F. Scott’s for a nice glass of wine and listened to some great jazz. Then picked up food, and had a great dinner with friends we haven’t seen in awhile. Today I went to a triathlon swim class that I’ve been wanting to attend, but was intimidated and not sure I could hang with them, but it was great. Then tonight H had finished her homework, so we all watched “Father of the Bride”.

We love our weekends, they’re always great, but this was one for the books.