Yes, I am still alive. I can’t remember when I had something really profound to say. I just realized that if I don’t write something soon, this blog has a really good chance of just dying a slow, unnoticed death.

I’ve discovered facebook, or as our old babysitter (“old”, as in WAS our babysitter when H needed a babysitter) calls it “crackbook”. Now, when I have a few minutes I seem to waste them away there, instead of here, using my brain. I signed up for a facebook account when H started hers, just so that I could be her “friend” and keep up with what she was doing. Then, all the sudden, old friends, co-workers, ex-boyfriends, and the like started popping up. It’s fun in a voyeuristic kind of way, to look at other people’s photos, status updates and things. Now I know all kinds of important things…that Leann is wondering what to cook for supper, that Mary wants to go to the movies, that Jack is training for a marathon or that Stuart is catching waves in New Zealand. I can post the thousands of pictures I take and my family can look at them if they want…I don’t have to burn cd’s or email them in multiple attachments. Much easier.

We had a great winter break. As soon as H finished her last exam we flew up to New York for three wonderful days. You certainly couldn’t tell the country is in an economic crisis in New York! Geesh. The crowds were in full force. I don’t know if they were buying things, but they were certainly in the stores. It snowed like crazy, which really put us in the Christmas spirit. I jogged in Central Park and it was like a winter wonderland. 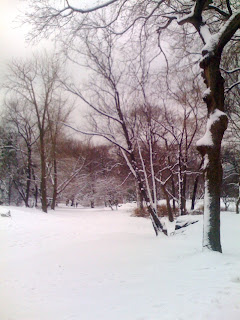 Back to Nashville for Christmas, then to North Carolina the day after for five wonderful, relaxing days in the mountains with our dear friends from Dallas. We met with a landscape architect to discuss moving forward with building the deck and driveway for our new lot on the lake!!! 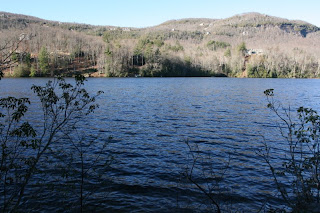 It’s kind of scary, with the economy like it is, so we’re kind of slowing down a little bit, to see what happens. We had originally planned on breaking ground in May, but now, we’re just going to build the deck and driveway so that we can get down there and use the lake this summer. We’ll see what happens.

Lots more to write about, but I’ll save it for later.

I’m optimistic about 2009. I like fresh starts. Take a deep breath, re-evaluate your priorities, look around and appreciate what you do have…family, friends, health, and just take it one day at a time. Happy New Year!